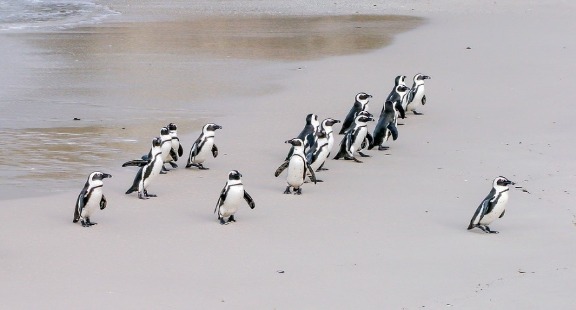 Remember when Kylie Jenner tweeted that she hadn’t used Snapchat in a while and the company saw a 6.1 percent fall in shares and ended up losing $1,3 billion in market value? Yea, influencer marketing is a lot like that. A big name attached to a product has the power to dictate how much it will sell. A celebrity puts his/her name on a product and it sells like hot cakes. In recent times however, we have moved from hiring celebrities and icons, to hiring anyone with a large social media following. Ads are seen requesting for “1000 or more” followers to help companies, big or small, push their product on the market, at a fee of course after all everyone needs to make their bread. Twitter, Facebook and Instagram users with a lot of followers become voices and big fishes in this social media pond.

How exactly does this work?

So, if you have ever seen “influencer” is someone’s online bio, they usually carry a rather significant number of followers. Their faces grace show ticket sales ads, listening parties, gadget releases or anything that needs to be marketed to users. If, for example, a new gadget in a series of gadgets is being launched, the company that is hosting, can choose to extend an invitation, coupled with remuneration, to an individual that has a larger following in their country or city, as a way to get that person to talk about the product that is being launched. They could talk about the new features that the gadget has and how accessible it is and how well the event went. For events like concerts, influencers can be used as a way to pull people to the event. “Come and grab a drink with your fave” texts are used and can be very effective in influencing the turn out.

Does it really work?

According to Tomoson, for every $1 spent on influencer marketing, a business makes $6.50 in revenue. It’s amazing how much power social media has isn’t it? This stat shows that people will consult or at the most, conduct social media research before the go ahead with a purchase. People are more trusting of influencers than they are of ads. Picture this, a self-acclaimed whiskey connoisseur tweets how much they have fallen in love with a particular whiskey and simply “can’t get enough of it”. More tweeps on your timeline start to talk about it and now, you want to try it too. This quickly turns into offline referrals to relatives that aren’t online and a whole chain of people starts to buy this drink and sales increase. It turns into a hashtag, then a challenge, then a viral ad. Other companies have gone the extra mile and hired these influencers as brand ambassadors.

How to pick the right influencer

See this is where it gets tricky. Picking the wrong person as an influencer for your product could have terrible consequences. It all depends on what product you are selling and what your target market is. Some products need aggressive people while some need softer people. The good news is that there is always going to be someone who fits your brand just right. You just need to look a little harder. Make sure they stand for what your brand is trying to communicate. For example, a budding children’s’ charity could use a young energetic person who posts a lot about their love for children. That way, it wouldn’t be so out of the ordinary when they start talking about your charity. Remember, people can always spot a phony and will be put off by someone who is merely advertising a brand they don’t believe in.

Social media influencers are totally a wave and force to be reckoned with. It is a field largely dominated by millennials who chose to use their platforms to not only speak on things they can openly align themselves with but make a living at the same time. Some influencers have gone on to be adopted by large companies for their creative ideas and who knows, your next creative director could be hidden inside a field of RTs and shares.